Michelle commenced practice as a stomal therapist at a bay side hospital in Brisbane in 1998 before joining the Sunshine Coast team in 2001. She was lucky enough spend 2008 in New Zealand learning about community stomal therapy from the stoma nurses in Otago, giving her a greater understanding of the challenges faced by ostomates on discharge. Her interests include high output stomas and optimising health literacy to improve health outcomes. Louise started nursing in 1987 as an enrolled nurse at the Concord Repatriation Hospital in New South Wales. There she met Heather Hill (life member AASTN) who inspired her to become a stomal therapist. After completing her degree, Louise commenced practice as a stoma nurse in 2008, working in several public and private hospitals in Brisbane. She has held many positions on the Queensland and National AASTN committees and counts the highlight of her career (so far) as visiting the Cleveland Clinic to work with a team of 25 stoma nurses. She is an avid bowel cancer fund raiser, having raised over $9000 for Bowel Cancer Australia. 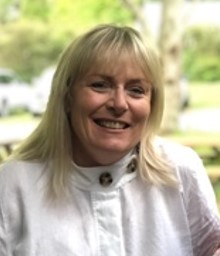 Kirsti first worked in gastroenterology at The Prince Henry Hospital in 1992, before moving to Cooma Hospital in 1994. Discovering that there was no stoma nurse on staff, Kirsti was inspired to continue her education and became a stomal therapist in 2000 and presented at her first conference in Hobart in 2000. She has been an active member on the AASTN education committee as well as serving 2 terms as the AASTN Executive President.

Kirsti is committed to rural and remote nursing after working in this area for over 25 years and while she has not been employed specifically as a stomal therapist, these skills are widely utilised wherever Kirsti has worked. Kirsti moved to the ‘big smoke’ in 2019 and opened a brand new private surgical ward that specialised in general surgery and colorectal at Northern Beaches Hospital.

Kirsti returned to community health as a community nurse, using her stomal therapy skills every day. Recently Kirsti was “headhunted” to work for The Hon Bronnie Taylor, NSW Minister for Women, Regional Health and Mental Health as her Senior Policy Advisor to Regional Health.

The Minister for Regional Health is a newly created position and it is a privilege to be able to provide clinical advice on regional matters.

At the present moment Kirsti is not seeing Stoma patients due to her change in role, however, should matter arise in relation to inequities in the NSWV regional and remote areas please don’t hesitate to contact her on the details below. Anju is originally from India and has worked in Intensive Care in India and Australia. She moved to Canberra in 2013. A 15-minute chat with STN’s Cheryl and Kellie during her milo break inspired her to become a stomal therapist. Anju completed her Stomal Therapy Course in 2016 since then has covered stomal therapy leave in Canberra Hospital and currently acting in the stoma nurse role for a year. Anju is interested in managing mucocutaneous junction separation and high output stomas. Anju plans to continue her education in Master of Nursing. Lynda has worked at the Royal Adelaide Hospital Stomal Therapy Department for more than 20 years. She has a particular interest in faecal incontinence and was awarded the SA Premiers Prize in 2014 to travel to visit St Marks Hospital in London to work in the continence clinic there. Lynda has a Master of Nursing in Continence Management and a Master of Clinical Science in Evidence Based Health Care. She currently assists the editor of the Journal of Stomal Therapy Australia Lisa works at the Women’s and Children’s Hospital as the Stomal Therapy / Urology Nurse Consultant. Lisa has a keen interest in improving the lives of children with stomas and continence issues. Lisa believes nursing is a very privileged occupation especially caring for children and families at vulnerable stages in their life. Being a support for the patients / families and making a small difference is what Lisa finds rewarding. Teena graduated with a Bachelor of Nursing in 1996, completed her Stomal Therapy Certificate in 2005 and went on to complete a Master of Advanced Clinical Nursing. She has 25 years’ experience in acute and high dependency clinical nursing & 18 years’ experience in stomal therapy practice. Teena is interested in leadership in practice, research and workplace mentorship. 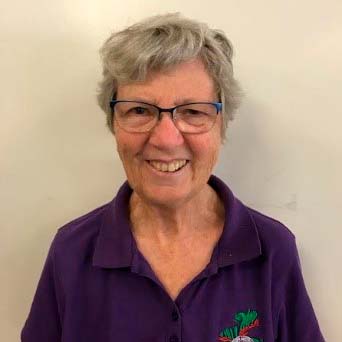 Lorrie spent 40 years in stomal therapy nurse education and clinical coordination. She is passionate about research and the education of both stoma nurses and ostomates. Lorrie continues as Clinical Coordinator of Curtin University’s Graduate Certificate in Wound, Ostomy & Continence Management as well as a volunteer and secretary of Western Australia Ostomy Association. Carmen started nursing in Australia in 1989 at the Royal Children’s Hospital. She worked mostly on the surgical wards covering general surgery, urology, plastics and burns and completed the paediatric nursing course.

She has always been interested in stoma, continence and wound management and served on multiple committees. She moved to stomal therapy in 2010 and completed the stomal therapy course.

Carmen is very passionate about supporting the children and their families and is a good advocate for her clients.